Creating instances of a class

The diagram below illustrates what happens, when a constructor is invoked to create an instance of a class. The rectangles in the diagrams represent environment frames. Environment frames are linked with one another making up (together with the global environent) the total environment.

' refers to the inherited environment and `

' to the new environment frame created by the activation of a closure (call of a function). In our example `

' has been created by calling the constructor `make-account'.

There are two closures of special interest in our example illustrated by the black bullets: 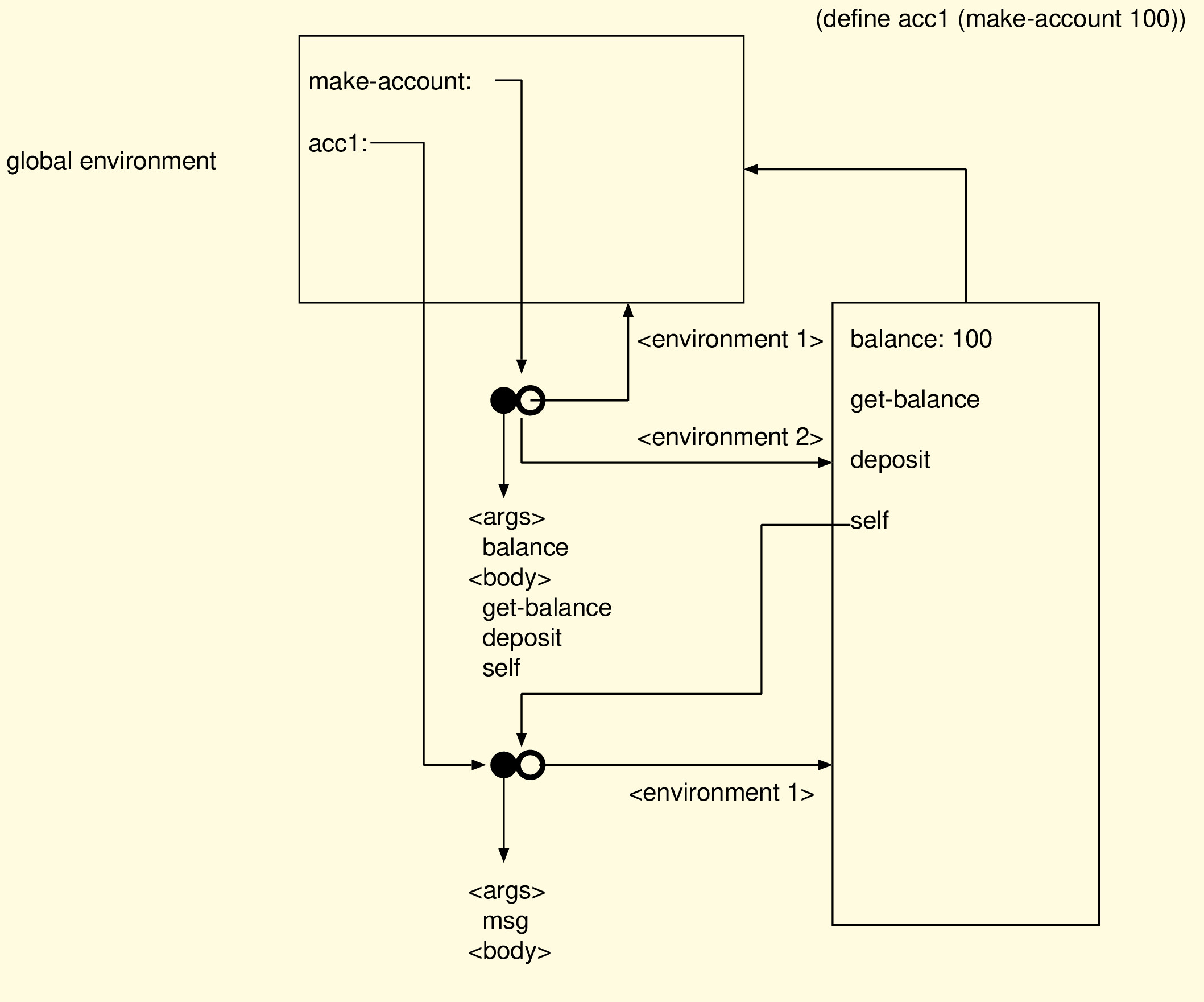